Adventures in Sourcework: The Knowledge Connection 30 Years of the SHP conference: 1st plenary

A particular hallmark of the original Schools History Project was the emphasis it placed on diversity. SHP believes that the history curriculum is often too narrowly defined, and that it should continue to offer more opportunities for children and young people to study: a range of periods in history; civilisations and cultures beyond Europe; local and family history; social and cultural history. SHP campaigns for a history curriculum that reflects the continuing social, cultural and ethnic diversity of Britain. The Schools History Project promotes diverse content, diverse approaches to the study of history and a focus on the diverse experiences of people in the past.

At the SHP conference in July, honorary fellow Martin Spafford ran an inspiring workshop on migration to Britain, full of helpful ideas and tips for teaching this at KS3, and we’re delighted to be able to share his resources from this session, which you can access by clicking here.

Below, some of our regional advisers reflect on diversity in the curriculum. 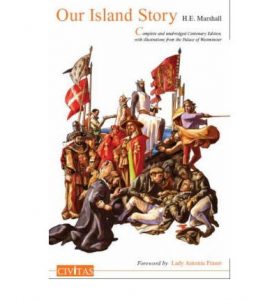 One of the great dangers with the new Key Stage 3 and 4 curricula is that they are crammed full of content to such an extent that there is little time to think beyond the obvious stories. If you were to cover all of the suggested content from the KS3 curriculum using traditional stories and narratives, then only 3 of your 36 topics would have any sort of focus on the diversity of life in Britain. Students getting such input would only ever encounter the rich tapestry of life in the past in the odd moments when the political narrative was set aside for a moment. You only had to glance at the news over the summer to see that our failure to teach a diverse history has led to all kinds of misconceptions about the past. Indeed, the University of Cambridge was forced to release a statement concerning diversity in Roman Britain to try and quell a backlash against a BBC cartoon depicting an ethnically diverse Roman family.

As history teachers, we have a duty to take the time to look beyond the incomplete narratives which seem to dominate our curriculum, and ensure that the history we teach tries to be as diverse as the subject matter from which it is drawn. However, as Nick Dennis has recently reminded us (Teaching History 165), bringing diversity into the curriculum needs to be more than just tokenism. We have come a long way since “women’s history week” and the like. If we are going to teach a diverse history, then that diversity needs to be seen wherever it exists (even if that upsets people). Helpfully, there are loads of resources out there, including a Twitter hashtag, #youreallyshouldteach which tries to highlight some of the lesser told stories in history. 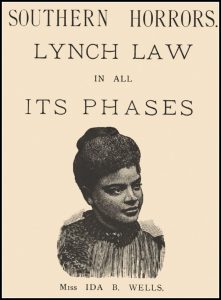 If we are teaching about the American West for example, most textbooks and documentaries tend to use Teddy Blue Abbot’s memoir as the core cowboy story. Yet over 15% of cowboys were Mexicans or of Hispanic origin, and around 25% were black Americans. The story of Bose Ikard, an ex-slave and cowboy, makes equally good reading, and touches on a range of other issues too. By the same token, a study of the experience of the frontlines during the American Civil War could focus as much on the tale of the nurse, Susie King Taylor, as on the soldiers who fought, and be much richer for it. A study of railroad owners might explore the life and times of Leland Stanford, or Collis P Huntington, but the story of Comanche Chief turned railroad owner, Quanah Parker offers a fascinating cross section of American life in the 1880s. And for every William Wilberforce in the story of abolition and civil rights there is of course an Ignatius Sancho, or to keep an American theme, a Frederick Douglass, or an Ida B Wells.

Another approach to ensure your students appreciate the diversity of history is to utilise games and activities which highlight it directly. Christine Counsell wrote a lovely piece in Teaching History 135 about “The Generalisation Game.” In this activity, Counsell begins with an overly simplified statement and asks student to cry “too simple” before adding greater depth and complexity. For example, a statement might say “People in the Middle Ages were uneducated” and students are then prompted to suggest reasons why this might be too simple: “not everyone”, “rich and poor?”, “who went to school?”, “did girls and boys get educated?”, “what counted as an education then?” The issues and questions can then form the basis of a research focus for the lesson. By the end of the lesson, students might then be able to flesh out the reasons why the generalisations are so dodgy.

Finally, a great way to ensure you have diversity in any topic is to make it a direct focus of an enquiry. Questions about the lived experiences of people and groups allow students to see that history is not homogeneous, but populated by a huge range of fascinating characters. Really simple questions can actually open up great lines of enquiry:

Sally Burnham, SHP Fellow and RA for the East Midlands

We have all listened to our students talking about events and periods in history, making sweeping generalisations about the impact of an event or the lives of people at that time. To help my students get away from these sweeping generalisations I have been working with different strategies to help them see the diversity of the past. One of these has been using society lines.

Our Year 8 course is focused around the theme of ‘Revolution’ and we study the revolution in the church, politics and society in Britain 1500-1750, the impact of the French Revolution and the Industrial Revolution. I wanted to make sure that students were moving away from bland generalisations of the impact these events to see the more complex picture. I decided to use a society line. Using society lines, where students are given a character from the period and asked to follow the impact of changes on their character, whilst also being aware of major changes that happen to other characters is not a new idea but I have found has worked really well when trying to help students grapple with diversity of experience. At carefully planned intervals students are asked to think about the implications of changes studies on their character. As a class they line up in role (often in status order but you can alter this to look at impact of changes in other ways) and we can see straight away if there has been a change in status or whether there has been an execution etc. Students also get to know each other’s character and can mingle and question each other on the impact on different characters.

At the beginning of our study of Britain 1500-1750 each member of the class was given a character, based as often as possible on real people from our local area (Sleaford, Lincolnshire). Characters ranged from Lord Hussey – Lord of the Manor who was executed in 1537 by Henry VIII for his role in the Lincolnshire Rising and Pilgrimage of Grace, to William Hall, Prior of Haverholme Priory, to Robert Carre, an up and coming merchant who’s family by the end of the period would have taken over all of Hussey’s lands and become the most important family in Sleaford, to men and women who worked on the land (many who I have had to make up names for – an issue we discussed in terms of sources available for the period). As we studied the Reformation and its impact (social, economic and political) we kept returning to our characters to look at the impact on them and the impact on the local area. Students could then look at the national, local and individual picture and their assessments reflected this understanding of the diverse impact of the Reformation.

We repeated this idea when we came to look at the impact of the French Revolution – as we traced the key events in history our French characters’ lives changed – we saw Jack as Robsepierre move up and down the society line until he was executed. We also saw how Juliette as a Parisian washer might have experienced the revolution and its aftermath.

Sally Thorne, RA for the Southwest

In an effort to get my students interacting with their grandparents and possibly provide something to do when repeats of Mary Poppins become too much, I started setting my students a Christmas holiday interview project some years ago. The task involved interviewing the oldest member of their family that they could easily contact and asking them about what historical topics they remembered. From this list, I then selected one or two topics and students went away and carried out further research on these, presenting their findings to the class.

This has long since been my favourite homework of the year. Notable stories that have come to school include the boy whose distant great uncle had rowed one of the lifeboats away from the Titanic; the girl whose grandparents were an evacuee and a German, who spoke of the prejudices they had faced during the 1950s; and the girl who apologised that she hadn’t spoken directly to her great-grandfather, since he lived in America “and doesn’t really like talking about his time in Auschwitz, but I’ve done some research on it anyway.” A lot of conversations revolved around the older generation not really considering anything they remembered to be history, which helped students to recognise that history is not necessarily just something that happened a long time ago. I really appreciated the broad range of stories that came out of the homework and the additional snippets of history we learned together as a result of it.

Though I originally set this homework for students at a school in Wiltshire, it really took on another shape when I arrived at my new school in central Bristol, which has a much more diverse student population. I learned a great deal about the civil war in Somalia in that first year, among other things, and found that the students enjoyed researching and sharing the stories of their own families as much as the parents and grandparents seemed to. It also helped me to think about improving the world view provided by my KS3 curriculum.